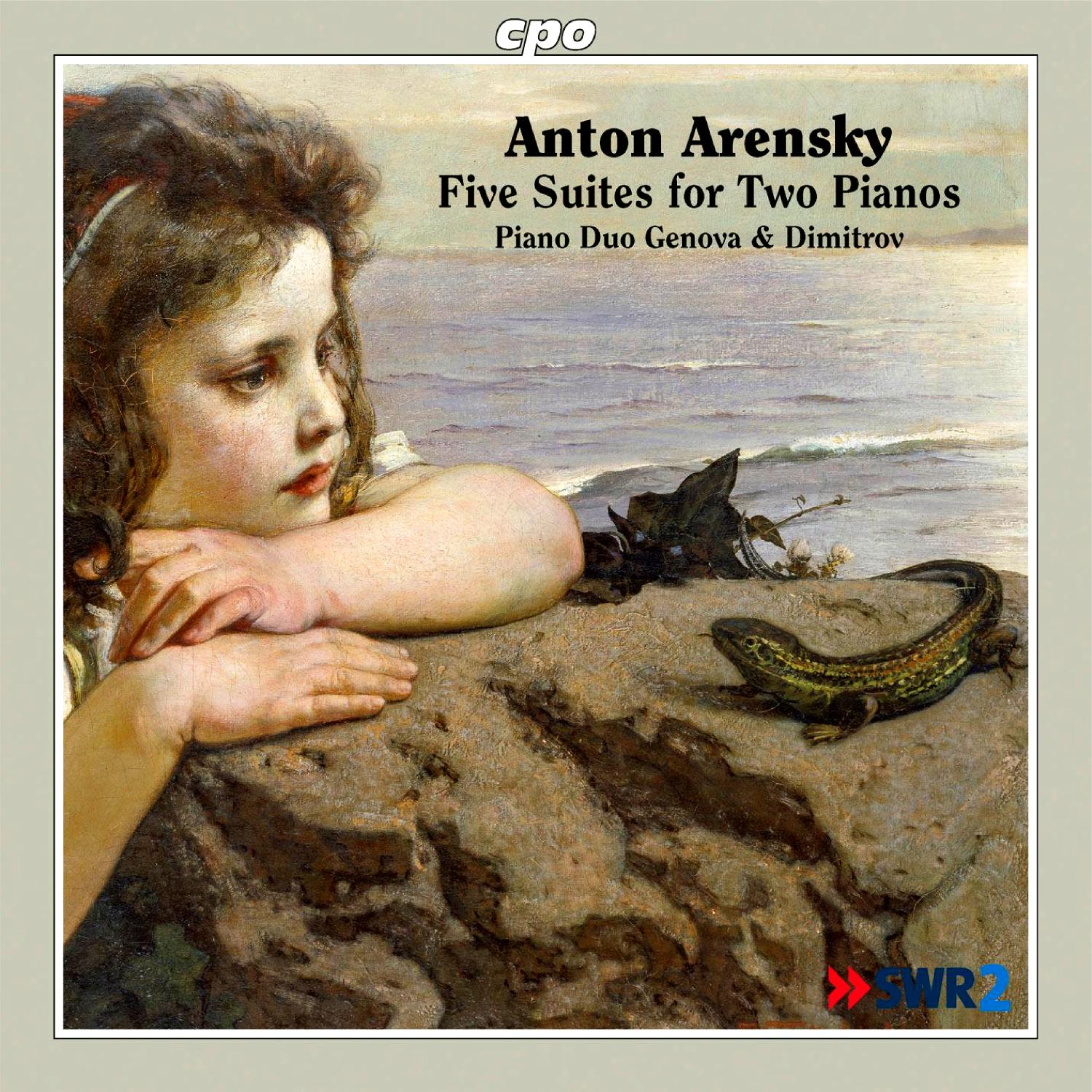 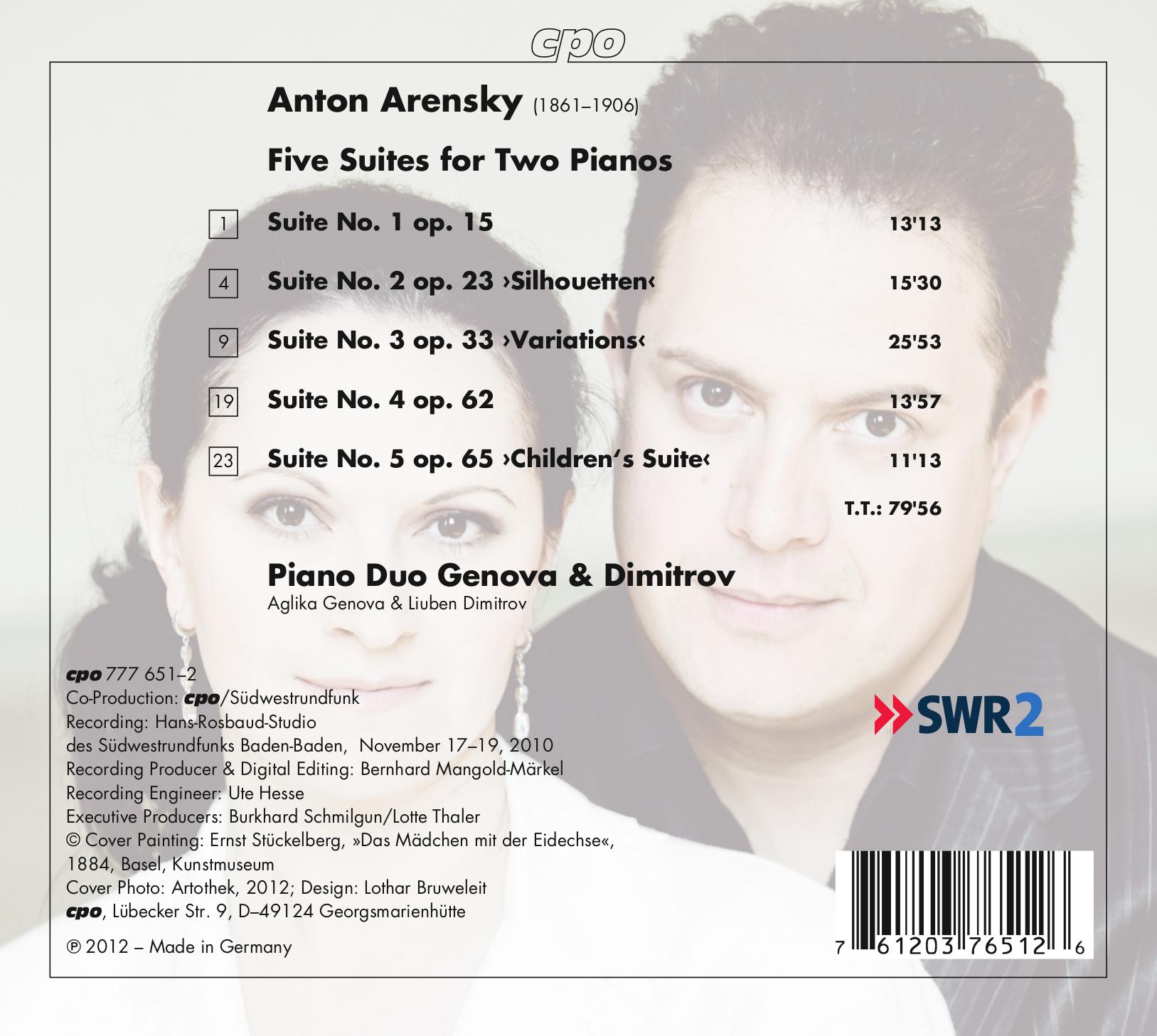 ▪ "Richly Rewarding Piano Suites by Anton Arensky" (USA)
"Genova and Dimitrov perform with such a delicate and pearly touch that Arensky’s melody seems wrapped in a shower of jewels... This is a very fine recording!", reports in poetic and euphoric style the reviewer of the leading US American music system HBDirect about the CD in the reviews area Expedition Audio.

▪ Fanfare Magazine in ecstasy (USA)
The US American music magazine Fanfare reports ecstatically about the CD in its recent issue - "Duo-Pianism of the highest order... A sparkling rendition!"

▪ CD Special Recommendation of the Bavarian Radio Munich (Germany)
"Once these Suites are played with such an enchanting panache, rhythmically so flexible and simultaneously so catchy, as they are played in this soundly superb new CD recording of the Genova & Dimitrov piano duo, then they make just enormous fun. A real discovery!"

▪ Special CD Recommendation of the "Musique pour tous" Magazine (Canada)
"The world-known Genova & Dimitrov piano duo makes this music immortal. Genova & Dimitrov are brilliant, incisive and highly musical duo. They are the experts in that genre."

▪ 4* Top Rating of the Vienna "Kronenzeitung" (Austria)
"Delightfully colorful, sound sensitive and homogenous recordings. A blessing for the ear!"

▪ NordWest Radio Bremen strongly recommends the CD (Germany)
"Aglika Genova and Liuben Dimitrov belong for long time already to the top of the piano duo world... They live and breath the music together... This is a superb new album of Genova & Dimitrov!"

▪ Radio NDR Hamburg/Hannover (Germany)
"Arensky himself couldn't even dream of better interpreters of his music than the Genova & Dimitrov piano duo.... Imaginative and diversified... More than just an artwork."