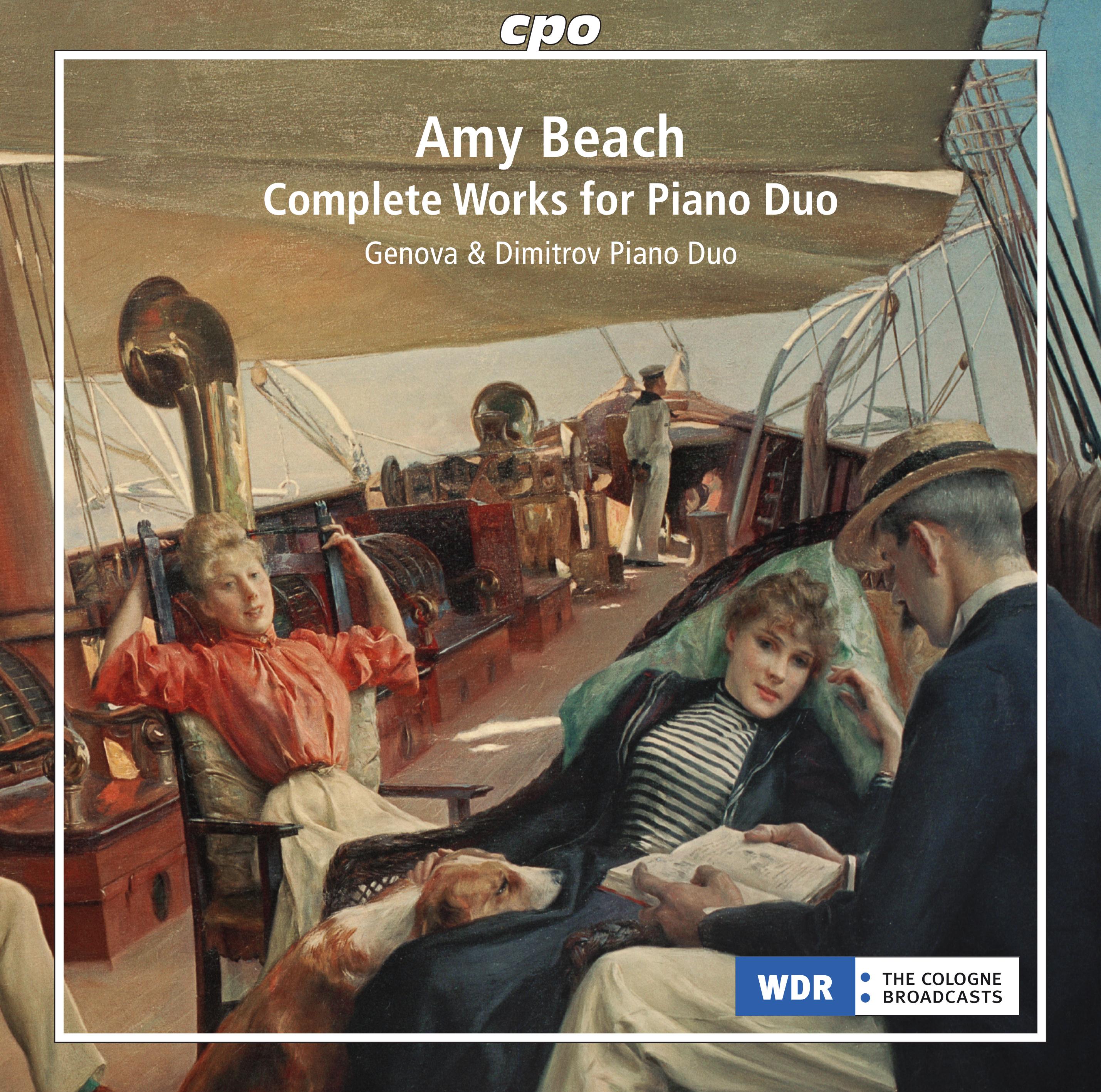 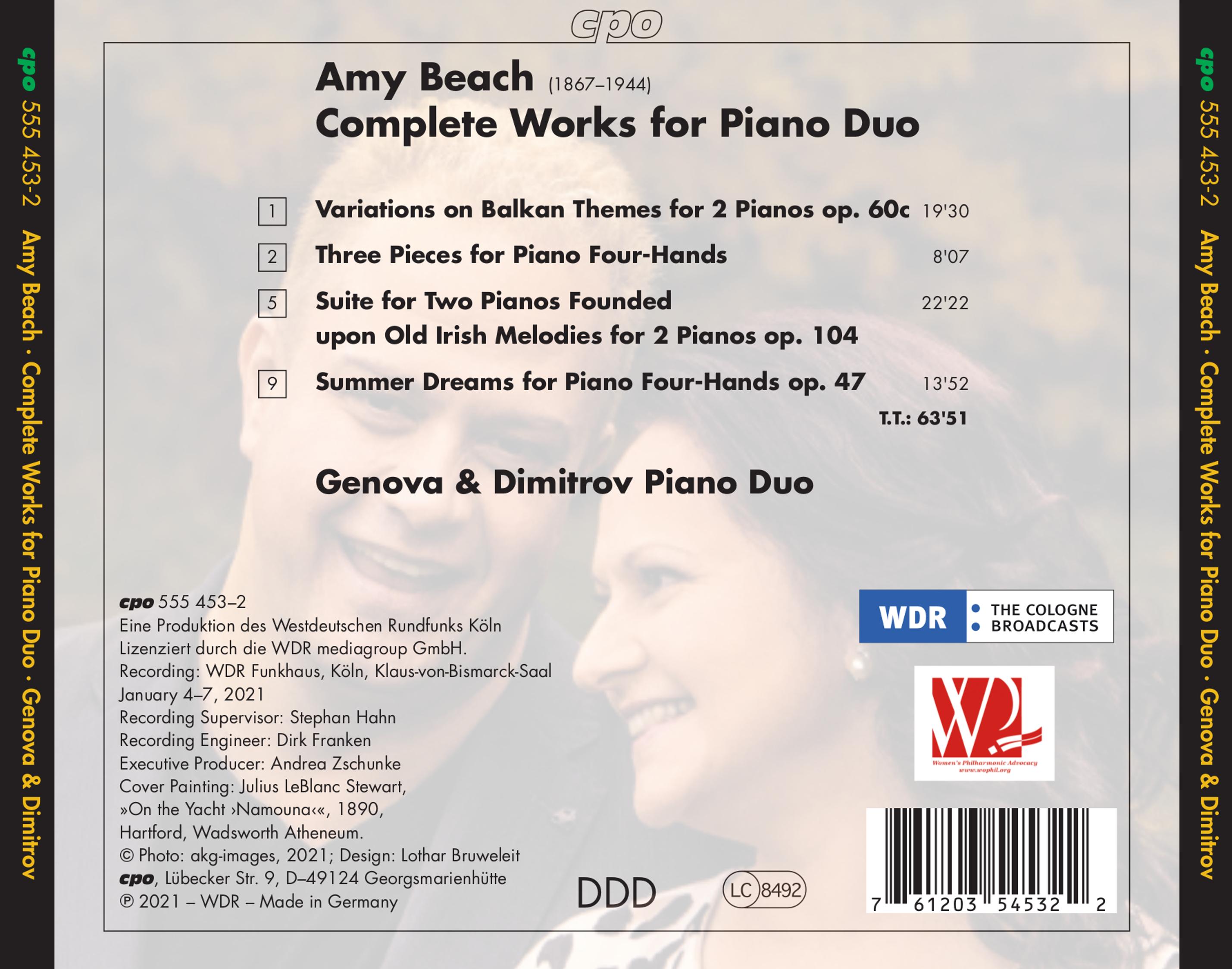 The recent release of the CD world premiere of Sergei Rachmaninoff: Complete Works for Piano Duo on cpo with over 150 minutes of music on two pianos and for four hands on one piano immediately rose to No. 1 on the jpc charts. Now the famous and successful Genova & Dimitrov Piano Duo turns to the American composer Amy Beach. Her compositional oeuvre marks a high point within the great phase of consolidation experienced by art music in the United States between the Civil War and World War I. Amy Beach was not the first American woman who composed or the first America woman who earned money with her compositions; but she created a stir in the music world by forging ahead into genres in which previously only men had distinguished themselves. However, it was above all the piano that was Amy Beach’s lifelong companion. She honored her instrument with solo compositions in a total of twenty-six opus numbers distributed equally over her entire compositional career from the 1880s to the 1930s. Even though her music for piano four hands or for two pianos is limited to a few compositions, they just as positively attest to their author’s talent as do her works for two hands. The original version of Amy Beach’s Variations on Balkan Themes op. 60 is her most extensive composition for piano two hands and the one that is the most challenging in playing technique. At the same time, the variations represent one of her most significant endorsements of folk music.

▪ 9.NOV 2021: #AmyBeachComplete in the new FonoForum Music Magazine
We just love this comparison with the rivers Brigach, Breg and Danube !!! 💖💜

▪ 28.SEP 2021: The cover of our new CD album #AmyBeachComplete has been determined!
Very special thanks to cpo.de - classic production osnabrück for this fantastic choice. Just few more weeks to release!

▪ 29.AUG 2021: The video trailer to the new CD! 💕
Directed by Nikolay Vasilev! Countdown to release of #AmyBeachComplete is on! 🚀

▪ 4.AUG 2021: After a successful filming session for the new video trailer some relax at our favourite place. 💙❤

▪ 2.FEB 2021: "Rachmaninoff against all clichés, Amy Beach a real treasure!"
The BNT Bulgarian National Television feature of Miglena Stoytcheva about the studio recordings of Amy Beach's Complete Piano Duo Works being just accomplished by the Genova & Dimitrov Piano Duo at the Great Concert Hall of Radio Cologne WDR as well as about the Aglika & Liuben's 25th artistic birthday and their recent double CD release of the Complete Piano Duo Works by Sergei Rachmaninoff (cpo)