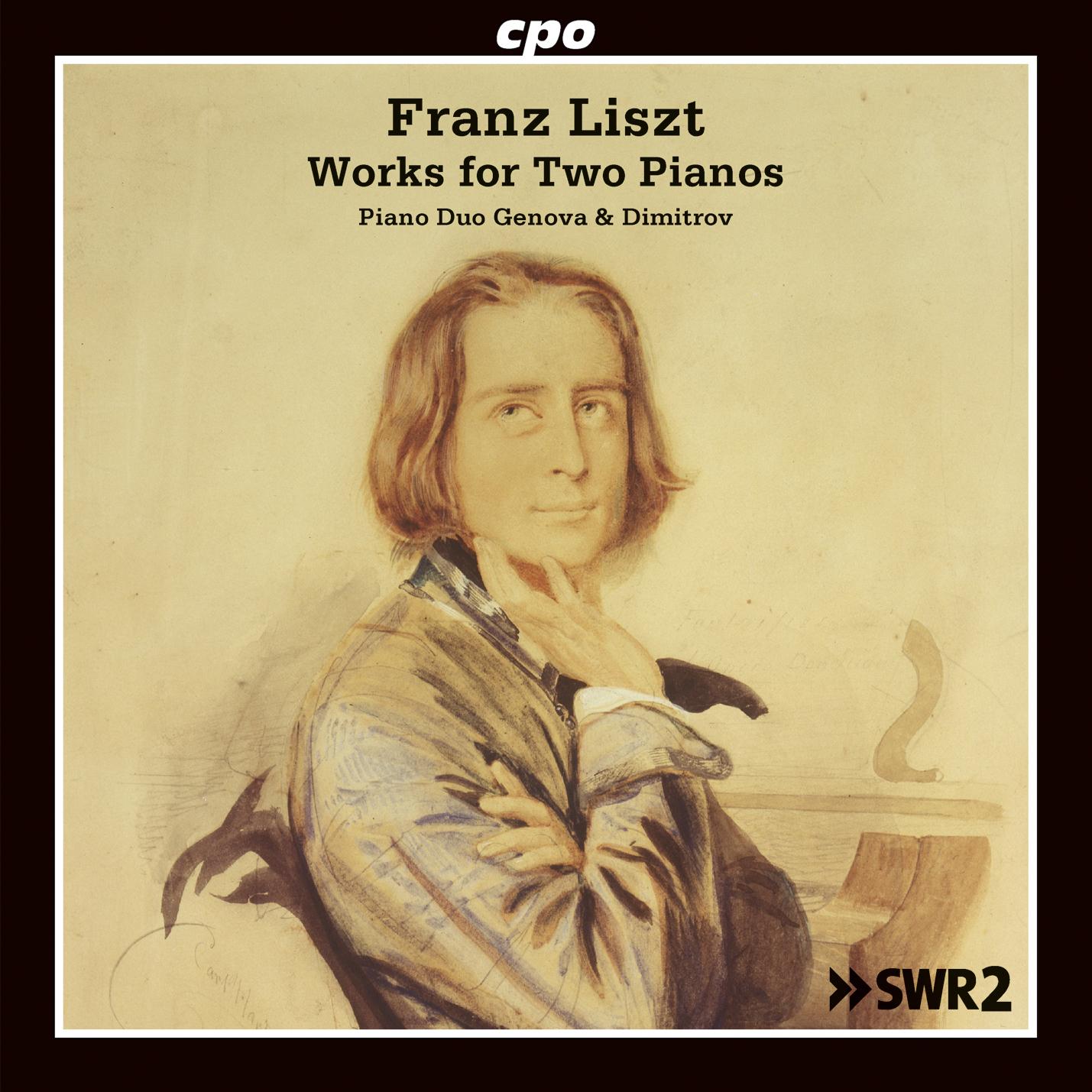 A sixteen-year-old girl and an eighteen-year-old boy are each seated at the piano in their respective home towns, separated by two-hundred miles. Though unknown to each other, each is furiously practicing Franz Liszt‘s Mephisto Waltz: a major solo competition is looming on the horizon, and in a couple of days the two young artists will „square off“ against each other with this piece. Twenty-five years and dozens of prizes later, the same two pianists trade glances across two concert grands in Hans Rosbaud Studio, Baden-Baden. But rather than squaring off, they are now appearing together as the well-known piano duo Genova & Dimitrov. Once again, the musical focus falls on Franz Liszt.

„This time the music unveils completely different worlds of unbounded emotion dwelling in every sound of these pieces – emotions that caused Liszt himself not only to burst the limits of what the piano can do, but to mirror the profound depths of human feeling. Owing to our common background in and strong emphasis on solo playing, we decided to devote this recording to Franz Liszt‘s original works for two pianos and his own duo versions of his solo works.“

▪ "There is much love in Liszt's music!": Genova & Dimitrov's interview at the BR Bavarian Radio classical show "Leporello" | GE
25 years ago they were both preparing for an important upcoming international competition with Franz Liszt's music. Today they play again Liszt - together. Elgin Heuerding spoke with the piano duo | listen